Midlands woman takes up missionary cause after daughter passes – FOX

Midlands woman takes up missionary cause after daughter passes – FOX

Columbia, S.C. (WACH) — As Amy Cook gazed lovingly at a nearby photo of her daughter, McKinsey Cook, she remembers the kind of person she used to be. “She was an old soul,” said Cook. “Very natural for her but not necessarily for others her age. And she loved Jesus. She had a heart on fire for Him.”

It was for that reason that 20-year-old McKinsey decided, during her sophomore year at Winthrop University, to go on a missionary trip to Uganda to help impoverished children in the poor and crime-ridden nation.

“I feel like God spoke to her even before she hit the ground,” said Cook. ” By the time she landed, the first message I get from McKinsey is, ‘I found my forever home.’…this was her calling.”

McKinsey Cook helped to start building a shelter that would house 16 homeless boys. She also helped feed and educate the children, who had no access to former schooling.

Sadly, before McKinsey could return to Uganda to continue her mission, she was killed in a single-car accident on I-95 in Dillon County, on her way to visit her brother in the Marines.

The next month, in March 2015, the homeless shelter McKinsey started was finished. It was named McKinsey House in her honor. The village invited Amy Cook to its opening.

“A little boy came up to me and said, ‘Do you know McKinsey?’” Cook said. “And I said, ‘Yes, she’s my daughter. And he said, ‘McKinsey taught me in street school but I don’t live on the streets anymore. I live in McKinsey House.’ And it was like a light shined and God said, ‘Do you see the impact you could have here?’”

Amy Cook has now taken up her daughter’s cause, starting the McKinsey Foundation, which has now helped over 80 Ugandan children get access to a formal education.

Cook says it all started with her daughter and what she starting building on the Ugandan ground.

“I was touring the home, the kids were outside,” said Cook. “And I’m walking through the actual living space by myself. And this very same picture is hanging in the boys’ home there. And I feel her presence and I start to cry. Not sad tears, but very, very happy. Because she was there and I just knew she was encouraging me to do this work.”

Since then, Amy Cook has visited Uganda over 5 times. In 8 days, she is preparing to return for 3 weeks.

She also notes the circumstances that got her the opportunity. A chance meeting on her job of 27 years, Well Fargo, led her to applying for a community service leave-of-absence that the company approves a certain number of per year.

“I was giving a speech at a seminar,” said Cook. “And it just so happens -and I don’t believe in coincidences- that the man that approves the leave of absences was in the crowd. And he came up to me after and said, ‘Hey, I think you need to apply for the community service leave of absence…the CEO personally sent me a letter and said he was moved by my story. I’m just so thankful and grateful that for what I’ve been blessed to do. I see it as purpose.”

As for her foundation, they have plans of sponsoring an additional 120 children, along with building a self-sustainable school, complete with a garden and a healthcare team.

Cook says she feels that, though her daughter is gone, God makes no mistakes, and she believes McKinsey -and her heart for others- continues to live.

“When I ask the question, ‘Why? Why is she gone? Why do I have to go over there?’ She reassures me, God reassures me, that’s what I’ve been asked to do,” said Cook. “And I wouldn’t trade it for the world.” 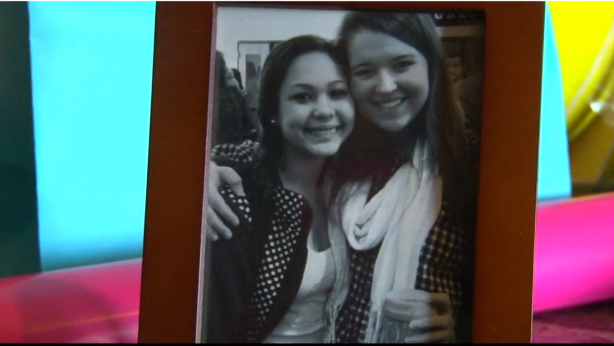 Columbia, SC (WLTX) – One Midlands teen is doing all... 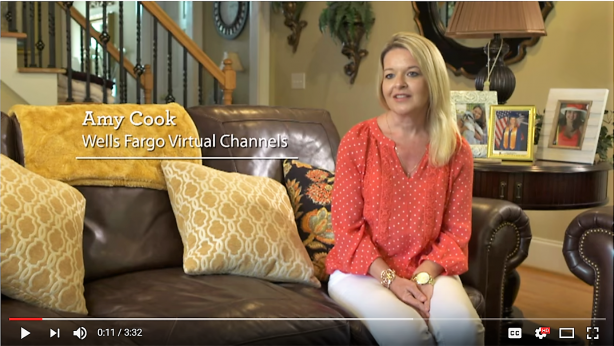 Continuing her daughter’s fight for homeless children in Uganda. Wells...

SearchPostsLogin
Midlands woman takes up missionary cause after daughter passes – FOX
Midlands Teen Honors Late Friend by Giving – SC (WLTX)
Wells Fargo team member Amy Cook starts a nonprofit to honor her daughter’s memory
I had to look no further than the eyes of these children – Too Belles
This is Fortunate, and she is now our daughter.
Living Real With Amy & Samie/The McKinsey Foundation